This site uses cookies in order to improve the experience of your visit. If you continue browsing, we assume that you accept our cookies policy. More information 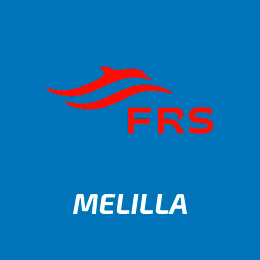 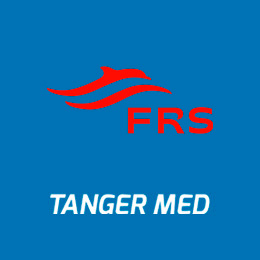 For further information and bookings www.navieraarmas.com

More information on ships in service

More information on ships in service

Melilla (Berber: Mřič, Mritch) is an Autonomous Spanish city, located on the northern coast of Africa, on the Mediterranean, on the eastern side of Cape Tres Forcas.

It is part of the Rif region and shares border with the Moroccan cities of Farjana (on the northern and western sides) and Beni Ansar (southern side), both in the Nador province. Melilla is quite near to Algeria. It is included in the natural geographic area of Guelaya.

The city and its territories have an area of 12,5 km2. It has a population of 84,509 and it has a huge variety of ethnics (there are christian Spaniards, Muslim Berbers, Sephardic Jews and Hindus), economic activities and cultures due to its geographic location and history.

Melilla has a fortress built between the 16th and the 18th century, provided with warehouses, cisterns, bastions, forts, caves, mines, chapels (one of them is the only religious Gothic building in Africa) and hospitals. It is the most complete fortress on this side of the Mediterranean, except for the external neo-medieval forts built in the last years of the 19th century.

Melilla has one of the most important concentration of Modernist works in Spain along with Barcelona, superior to the Modernist works in Madrid and Valencia. Currently it has a floating population from the nearest Moroccan cities that sometimes makes almost the double the population of the city.

Nador is a Moroccan city, capital of the province with the same name and it is located at about 15 km from the Spanish city of Melilla and at 165 km from the Northern city of Al-Hoceima. It had a population of almost 180,000 in 2004. The city has an international airport. Nador is on the shore of Mar Chica, a unique coastal lagoon in the Moroccan Mediterranean.

Despite of being located in an area that was inhabited since ancient days, the current Nador was founded by the Spaniards only in 1908, to start the exploitation of the Uixan mines (controlled by the Compañía Española de Minas del Rif S.A.). This mining activity led to a huge growth of the population. In the 1920s the Spanish authorities planned the city with broad streets and an orthogonal layout.

In 1934 the Spanish government designated Nador as the capital of the Quert province, that stretched from the Muluya River (the ancient border with the French Protectorate of Algeria) to the Nekor River. The Quert province was the biggest of the five provinces that formed the Spanish Protectorate. The Spanish administration was hosted in a big building that currently is the City Hall. The city became the most important city in the province. It had a bus and a train station, a seaplane base, an airport, cinemas, a football pitch, an hospital, schools and several administrative buildings. The ancient town layout, with its big boulevards and its Andalusian houses is still visible.

The population of Nador mainly speaks Riffian as its mother language, while Arab is a minority language. The Spanish-speaking population is growing due to the close relationship with the population of the neighbouring town of Melilla.

Al-Hoceima (French transcription of Al-Husayma, «lavender») is a Moroccan city, capital of the province of the same name, located on the Mediterranean coast, on the western side of the bay of the same name and close to the Alhucemas rock, a place under the Spanish sovereignty.

The current Al-Hoceima was founded by the Spaniards who stepped in this area during the Rif War (1926). The city was named Villa Sanjurjo, after the General José Sanjurjo, who guided the disembarkation. The Spaniards established the first founding settlement of the city after this landing and the first mayor was Florián Gómez Aroca.

The rock of the city is still under the Spanish direct sovereignty since the end of the Protectorate in 1956.

Tangier (/tænˈdʒɪər/; Arabic: طنجة‎ Ṭanja; Berber: ⵟⴰⵏⵊⴰ Ṭanja) and sometimes referred as Tangiers, is a major city in northern Morocco. It is located on the North African coast at the western entrance to the Strait of Gibraltar where the Mediterranean Sea meets the Atlantic Ocean off Cape Spartel. It is the capital of the Tanger-Tetouan-Al Hoceima Region and of the Tangier-Assilah prefecture of Morocco.

The history of Tangier is very rich, due to the historical presence of many civilizations and cultures starting from before the 5th century BCE. Between the period of being a strategic Berber town and then a Phoenician trading center to the independence era around the 1950s, Tangier was a refuge for many cultures. In 1923, Tangier was considered as having international status by foreign colonial powers, and became a destination for many European and American diplomats, spies, writers and businessmen.

The Port Authority of Motril received a grant from the European Union with charge to the European Maritime and Fisheries Fund for the Project for the implementation of fishermen's huts in the fishing port of Motril, which aims to promote the competitiveness of the fleet, of the products and the fishing port, improve the safety and hygiene of sea workers and develop and implement investments and innovations that optimize energy efficiency.